Sarah Wessel is a political scientist and cultural anthropologist with a focus on the Arab world and relations with Europe. She did her doctorate at the Faculty of Economics and Social Sciences at the University of Hamburg on The Making of Political Representation: Processes of Claim-Making and Receiving During the Egyptian Transformations (2011-2014). In her multi-year field research, she examined the political and cultural transformation processes in the Arab region with a focus on Egypt after the uprisings in 2010/2011. The study is an empirical and theoretical contribution to the topic of political representation at the interface of research on democracy and authoritarianism, global governance and critical middle eastern studies. The work was awarded the dissertation prize of the German Middle East Studies Association for Contemporary Research and Documentation (DAVO) 2019.

From 2013-15 she worked as a research assistant at the Orient Institute Beirut (OIB) and represented the Cairo office. 2017-19 she was a research assistant and curator of the research and exhibition project “Cinderella, Sindbad & Sinuhe: Arabic-German Storytelling Traditions” of the Egyptian Museum Berlin and Papyrus Collection, State Museums of Berlin (SMB), in cooperation with the Arab German Young Academy (AGYA). Since 2019 she has been working as a scientific officer at the Berlin Center for Global Engagement (BCGE) of the Berlin University Alliance (BUA).

(2018): ‘The ‘Third Hand’ in Egypt. Legitimation and the International Dimension in Political Transformations’, in: Middle East Law and Governance 10, 341-374, Brill.

(2013): ‘Political representation and legitimacy in Egypt. The making and the reception of claims during the parliamentary elections 2011’, in: C. Steuer (eds.): Les élections de la révolution (2011-2012). Cairo. Online available. 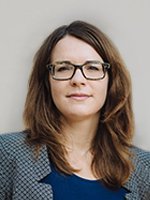