Academic Workshop at the University of Cologne, 19-20 January 2015

CARPO organized this workshop in cooperation with Laila Al-Zwaini (Re:Orient) and Prof. Dr. Sabine Damir-Geilsdorf (Seminar for Oriental Studies, University of Cologne) in order to discuss with accepted participants the historical roots, notions and visions, as well as future prospects of and for the concept dawla madaniyya (usually translated as ‘civil state’ or ‘civic state’) in the Arab world. The term was one of the most often heard during the 2011 ‘Arab Spring’ uprisings. Anti-regime protestors, regime supporters, intellectuals and academics of diverse social and political backgrounds, Islamic scholars (ʿulamāʾ), Islamist activists, tribal shaykhs, etc. all made use of this term when framing their demands for the creation of a new political system and a new social contract in their respective countries. Like any term used in such a ubiquitous manner, dawla madaniyya became a ‘floating signifier’ invested with multiple notions linked to the relationship between the governing and the governed, to justice, security, good governance, religion and state, etc. Its vagueness should not obscure the fact, however, that those actors involved in forwarding the concept have at times very clear visions of and ideas for a redefinition and reform of statehood and governance in their respective countries or for the region in general. 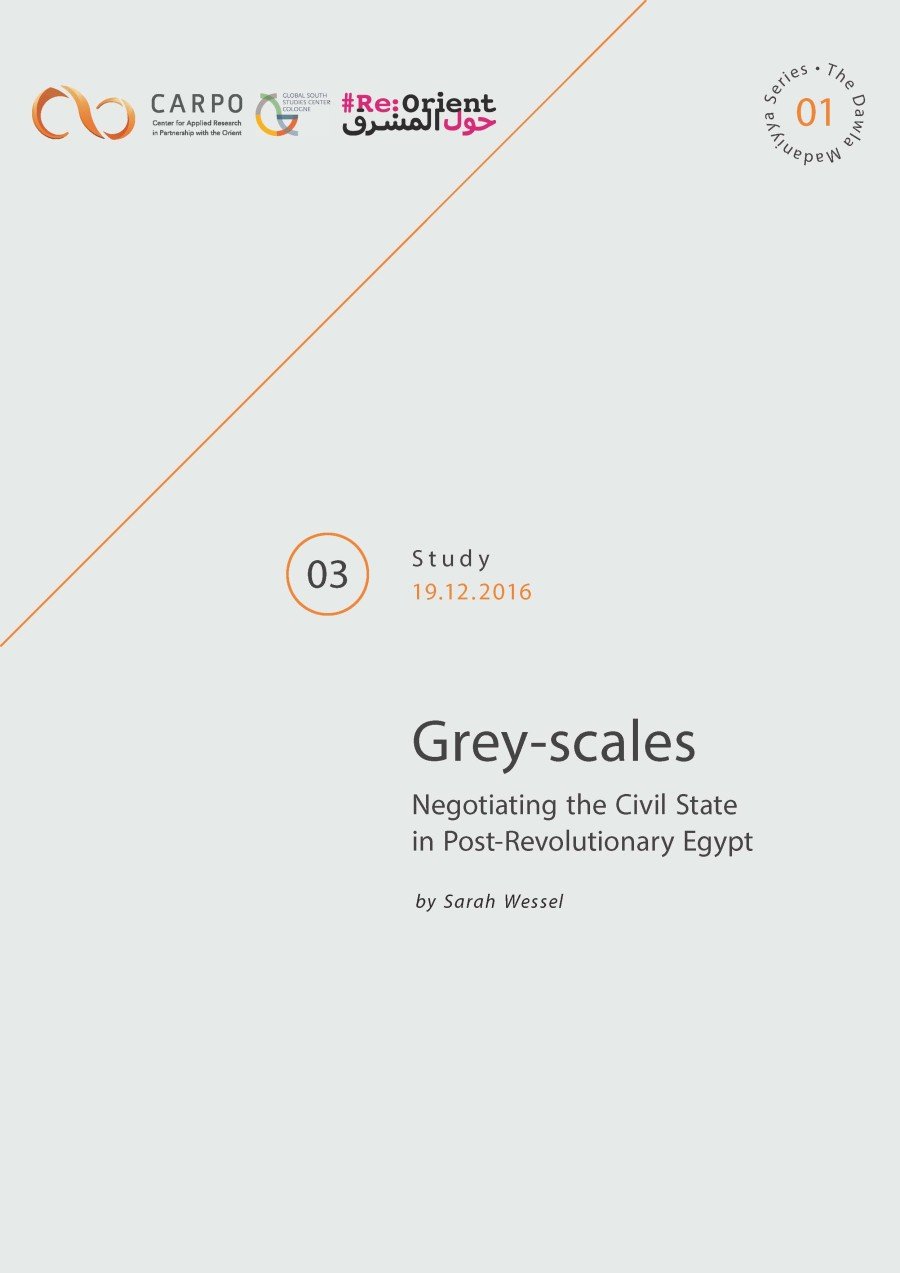 As a slogan, dawla madaniyya (civil state) was one of the most often heard during the 2011 ‘Arab Spring’ uprisings across the Arab World. In this CARPO Study, Sarah Wessel explores the changing state-society relations in Egypt, following the so-called 25 January Revolution until the ousting of Muhammad Mursi. By investigating the complex assumptions, perceptions and circumstances expressed in support of the civil state, the authors shows that the diverse notions indicate a deeper shared concern: whether the emerging political and social extremes can be reunified in order to rehabilitate the disintegration of the national collective.

The @QUGulfStudies team put together a fantastic conference in #Doha to discuss the upcoming #WorldCup2022 and all its political, social and economic implications. Our Researcher @SebastianMSons joined this timely academic conference with his take on regional #sportsdiplomacy. twitter.com/QUGulfStudies/…

What a great program with so many brilliant academics from all over the world. I am excited to give a brief input on #commuitysports in 🇶🇦 and 🇸🇦. See you in Doha! @CARPObonn @QUGulfStudies twitter.com/QUGulfStudies/…

(1/2) In a joint event with @GermanyBahrain, we had the pleasure of hosting an inspiring roundtable discussion between artists from #Bahrain, #Oman, the #UAE and #Germany in #Manama. #CulturalDialogue #SustainableArt #KullTour pic.twitter.com/GpQACj7I1V

It was such a pleasure to join colleagues at @CARPObonn and @Gulf_Research for this unique and important initiative. A stimulating discussion on regional prospects for dialogue and cooperation in the region on topics such as security and conflict management, climate and health. twitter.com/CARPObonn/stat…