On December 1, the EastWest Institute (EWI) and the Center for Applied Research in Partnership with the Orient (CARPO) hosted the ninth “Brussels MENA Briefing”—a series of after-work briefings on the Middle East and North Africa (MENA) region—on “Kuwait and the post-Sheikh Sabah Era”.

Speakers included Vice Admiral (ret.) Ahmad Al-Mulla, advisor to the Kuwaiti Ministry of Defense, and Dr. Courtney Freer, assistant professorial research fellow at the Middle East Center of the London School of Economics. Well-known experts on the Persian Gulf region and members of the European policy community virtually attended this briefing, which was held under the Chatham House Rule.

The seventh edition of the Brussels MENA Briefing, co-hosted by the EastWest Institute (EWI) and the Center for Applied Research in Partnership with the Orient (CARPO), in partnership with the Rethinking Yemen’s Economy initiative, was dedicated to the economic impact of the ongoing conflict in Yemen—a war that started in 2014/15 and has since turned the country into the world’s worst humanitarian crisis according to the UN.

The Rethinking Yemen’s Economy initiative aims to contribute to peacebuilding and conflict prevention, economic stabilization and sustainable development in Yemen by building consensus in crucial policy areas through engaging and promoting informed Yemeni voices from all backgrounds (the „Development Champions“) in public discourse on development, economy and post-conflict reconstruction in Yemen, and by positively influencing local, regional and international development agendas. It is implemented by CARPO, DeepRoot Consulting and the Sanaa Center for Strategic Studies and is generously funded by the European Union and the Embassy of the Kingdom of the Netherlands to Yemen. 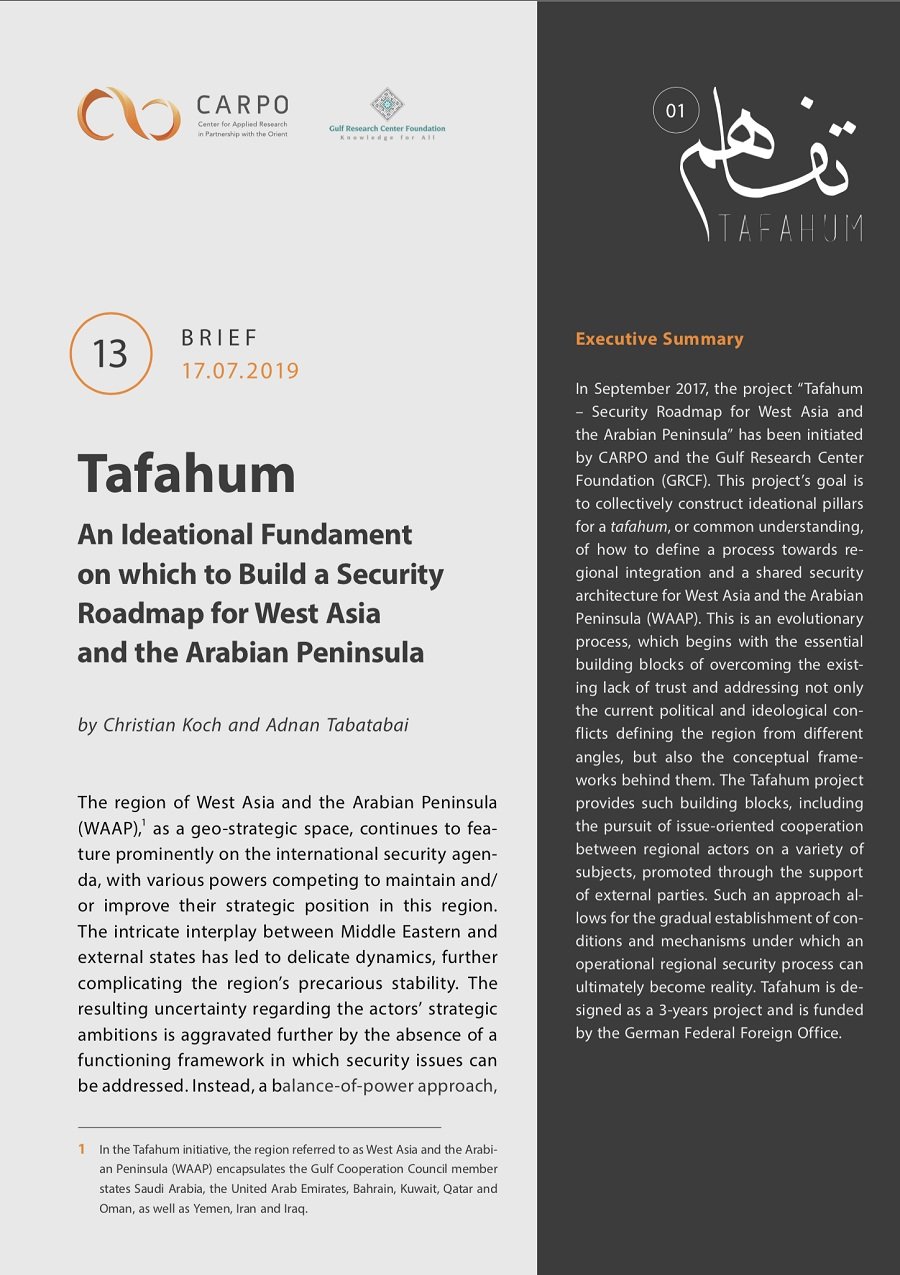 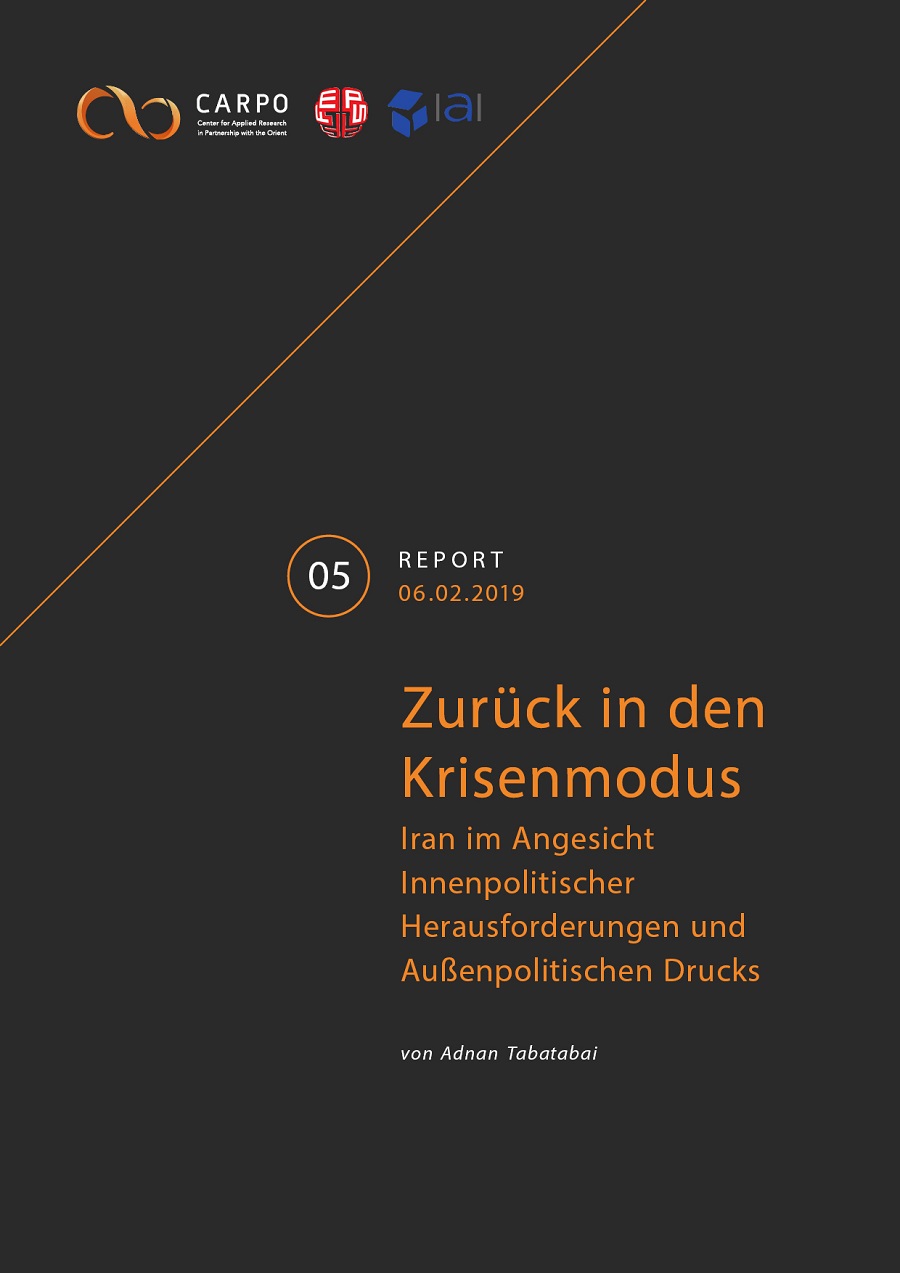 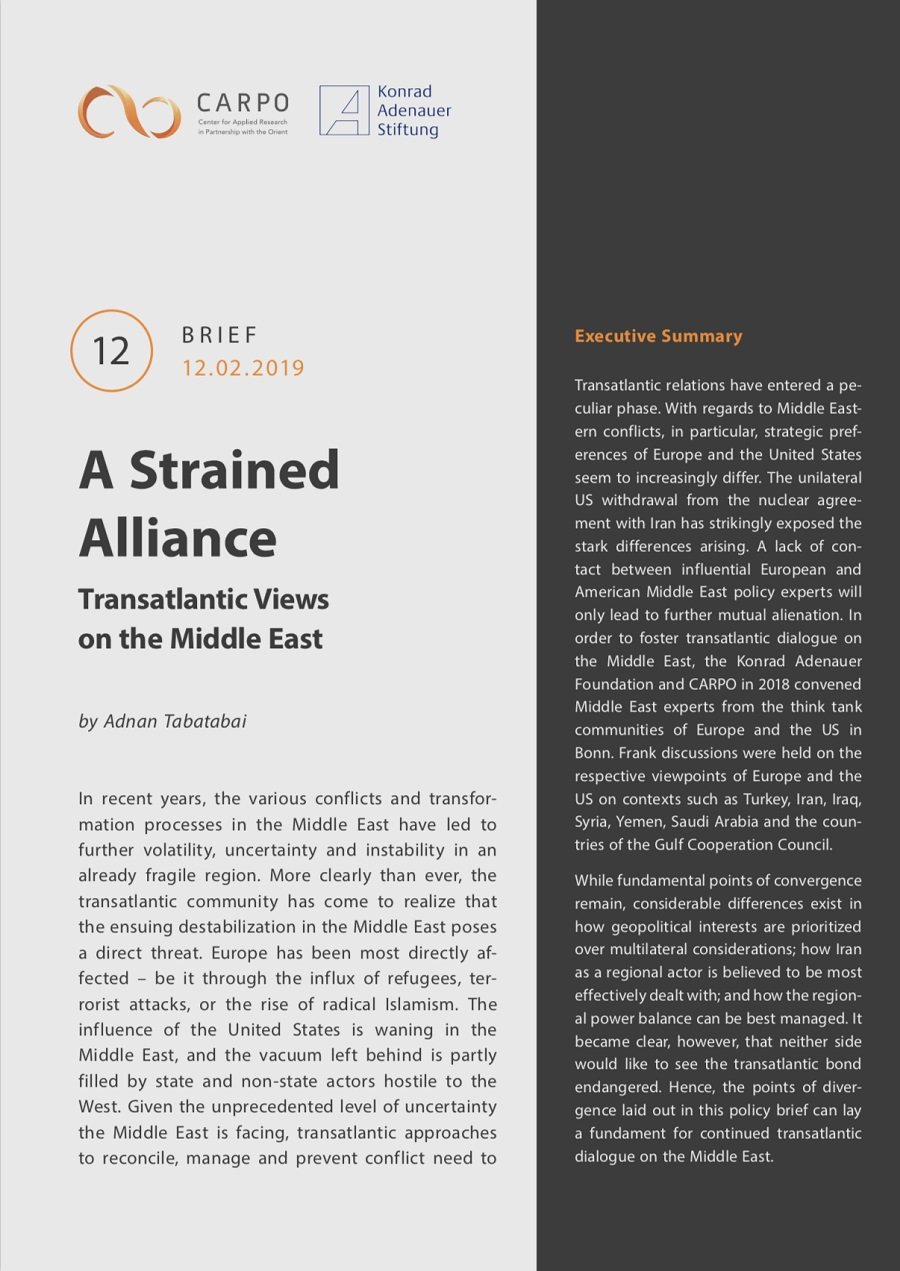 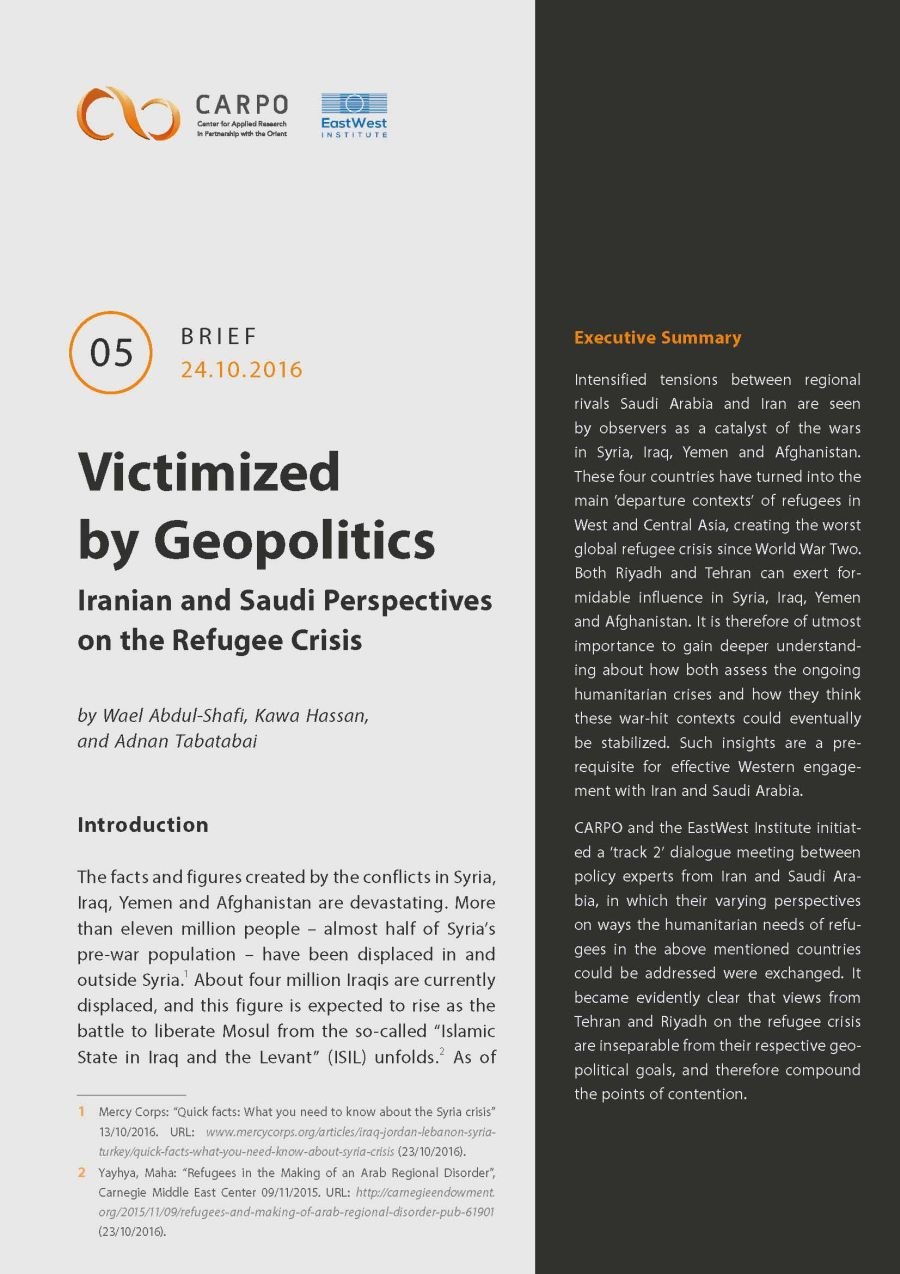 The second meeting of CARPO and the EastWest Institute’s Iran-Saudi Track 2 Dialogue initiative took place in spring 2016 in Bonn. Current and former diplomats, analysts and security experts from both countries met alongside European scholars and experts to discuss “Iranian and Saudi Perspectives on the Refugee Crisis”. 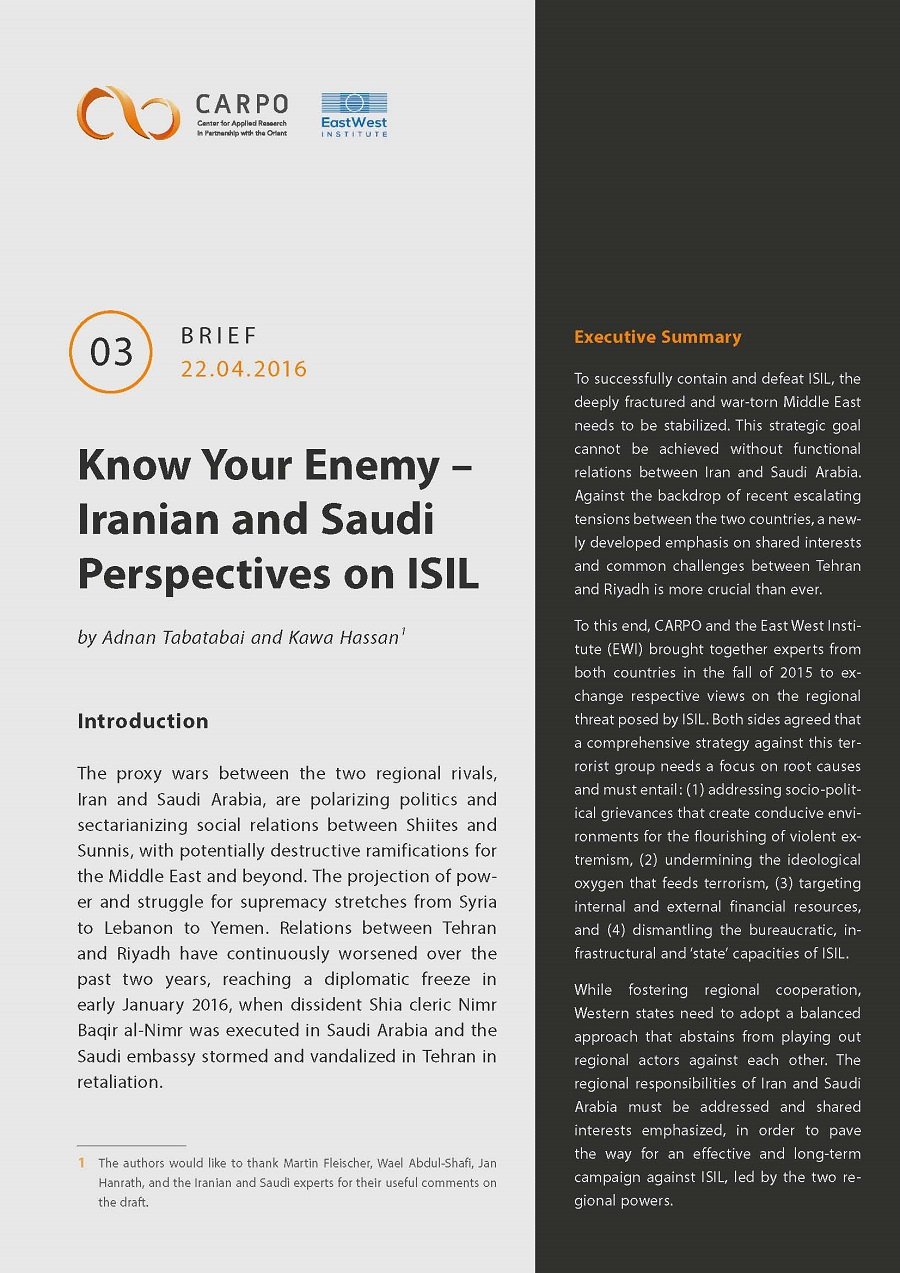 CARPO and the EastWest Institute have established a confidential track 2 format for Iranian-Saudi dialogue. The first dialogue meeting took place In the fall of 2015 in Brussels. Current and former diplomats, analysts and security experts from both countries met alongside European policy-makers and experts to discuss “Iranian and Saudi Perspectives on ISIL”. 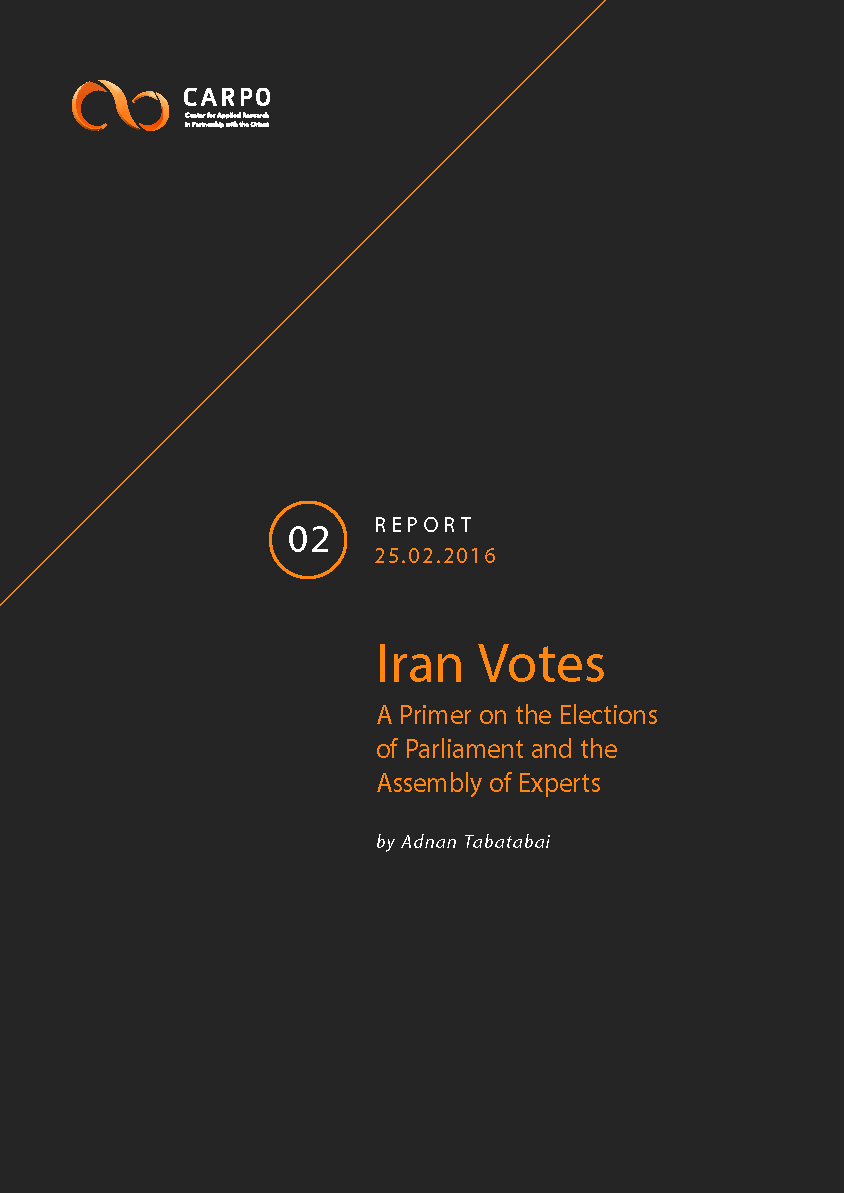 The twin elections of 26 February 2016 are the first to be held after the nuclear agreement between Iran and P5+1 has been signed. This report sheds light on the current political climate in Iran and presents analytical criteria to apprehend both the interplay between parliament and government, as well as the key tasks for the Assembly of Experts.